There is a marvelous history, of the very first Bailey caravan was built by Martin Bailey. To achieve that he made it in his garage in South Bristol in 1947! Then it became the first caravan to be sold. Not in a posh showroom, but, at Ashton Gate market for £200. Quite a lot at that time. So, F G Bailey Ltd was formed and production, began. The company grew, at quite a pace throughout the 1950’s. Thereafter, eventually outgrowing its original site and moving to South Liberty Lane in 1960. In 1977, the company was purchased by Patrick and Stephen Howard. Today known as Bailey Caravans Ltd.

With the manufacturer of caravans, firmly established and many award winning models. This led on to manufacturing of motorhomes. The Bailey of Bristol motorhomes side of the business, has been growing in popularity. With a wide range of motorhomes awards, soon followed. As they say time flies when you are having fun! So, 70 years later in 2018, the celebrations began. The Bailey story continues to develop and awards for caravans and motorhomes continue. There are some great layouts in the ranges;

The very established Bailey Autograph range, is based on being a two to six berth motorhome. Built with value for money in mind. This low-profile motorhome is ideal for family use. The feedback is very simple “value for money” beyond all doubt. With the over cab windows and large rooflights throughout the motorhome. Thus, making this a very light and airy motorhome. With the power of the Peugeot Boxer Euro 6, 2.0 blue, hdi engine. The 6 speed gearbox delivers a smooth gear change. The AL-KO AMC ultra-low profile lightweight chassis. This is so well complemented with the Alu-Tech bodyshell. The motorhome just glides along, using the Peugeot power unit to make this a very easy motorhome to drive.

There is that stand out appearance, of the new Bailey Alliance range. The looks are really enhanced, especially by the very sleek black cab. There is also that extra finishing touch, with the very eye-catching exterior graphics. Like other Bailey motorhomes, there is always a bit of a wow factor. The fact remains that being built on a low profile AL-KO chassis, again makes this a special motohome. The other factor is that the Bailey Alliance, is easy to drive. The whole range provide options, especially, for any first time buyers. The better and even higher specification, continues to attract attention.

There is an air of luxury, when you take a look at a Bailey Advance. There is that luxurious Bailey finish, that flows through the Bailey Advance motorhome range. The models are typically well thought out. With 6 models, that range from a 2-berth to a 6-berth. There is no doubt that it is a matter of the different options of some great layouts. All of which will be for the Bailey motorhome owners to enjoy 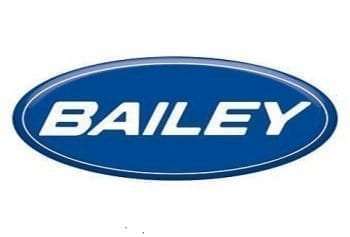