There has been much debate about the launch of the McLouis Fusion, in the UK. This has been an exclusive launch for Auto-Sleeper motorhomes. The venture of both McLouis and Auto-Sleeper being drawn together by the Trigano Group. This has been an interesting time as both McLouis and Auto-Sleeper are part of the Trigano group. An interesting sales fit has been the sole use in 2019 of the independent McLouis dealers. This is being promoted in various publications with strong online content. Social media has also played a role in supporting the dealers own platforms. Key to the sales strategy has been #mclouisfusion interactions. The independent dealers appointed so far are;

What we know about McLouis Fusion, is that they have made the fusion, between Auto-Sleeper and McLouis motorhomes. Providing key specifications in the fixed bed layouts of all models in the range. All with an end garage they are all four berth motorhomes and have four travelling seats, with some having five travelling seats. All with seat belts the key USP being, having an option to downsize to 3,500kg. Therefore allowing to be driven on a standard UK driving licence. This makes the models very appealing to a family or a first-time buyer. Also, this appeals to anyone downsizing, as you maintain many motorhome features, that remain the McLouis Fusion models are;

Most of the McLouis Fusion promotions have been with motorhome shows for the dealers. Go European motorhomes starting off at the Manchester motorhome show. There was a lot of interest in the Italian continental style promoting via offers of free lux packs. Sales, at the show, began well and resulting in a very successful launch. 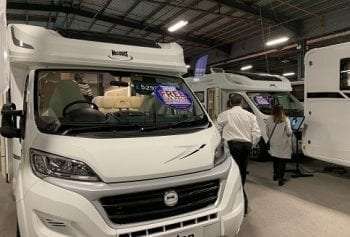 Following on from Manchester the Glasgow motorhome show gave BC motorhomes the chance to display the full McLouis range. This was a large event that went down well to predominantly a Scottish audience. Sales and enquiries came in after the event this coinciding with the promotion of all social media promotions taking place. 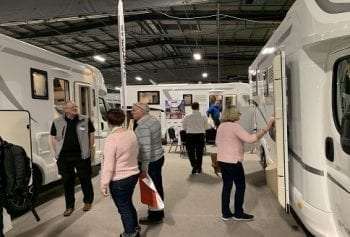 McLouis Fusion dealers Choose Leisure and Simpson’s motorhomes were hosting events at their dealerships again. Resulting in sales of the McLouis Fusion range the main attraction the specifications being real value for money. The fixed bed layouts were popular and again the end garage space is really impressive offering good storage space. 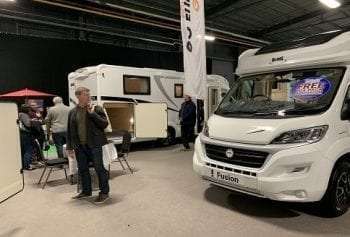